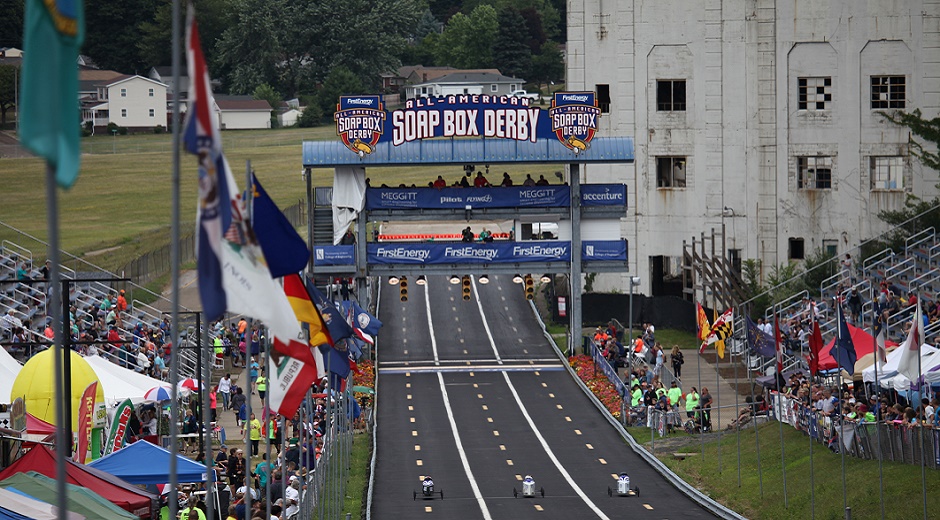 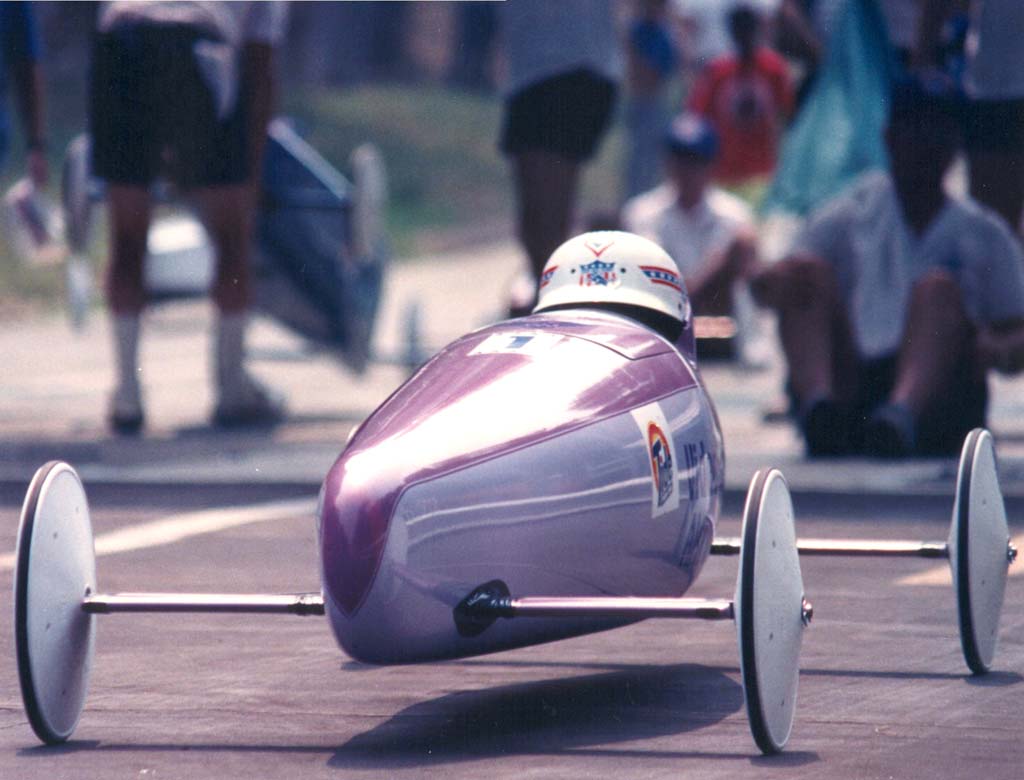 FirstEnergy is proud to be the title sponsor of The All-American Soap Box Derby, the greatest amateur-racing event in the world.

Each year, boys and girls in local communities throu 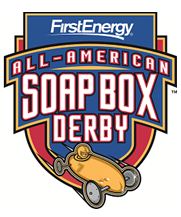 Those who win local Soap Box Derby races in their hometowns or accumulate the requisite points in a series of rally competitions held around the United States can qualify for the championship finals: The annual FirstEnergy All-American Soap Box Derby at Akron’s Derby Downs.

In July, about 500 champions and their families from the United States, and countries including Canada, Germany, Japan and New Zealand, arrive in Akron in for a week of race-related activities. The week begins with technical inspections, weigh-ins and trial runs on the famous 989-foot-long track at Derby Downs.

Racers compete in separate divisions based on their age and construction skills. Boys and girls ages 7 to 13 compete in the Stock Car division, which features the simplest ready-to-assemble kits purchased from All-American Derby headquarters. Youngsters 10 through 17 can compete in the Super Stock division, with cars that accommodate larger youngsters, or the Masters division, featuring traditional, more sophisticated cars.

The Ultimate Speed division is open to drivers between 16 and 24 who pilot innovative race cars at speeds not attainable with the traditionally designed cars.

The National Super Kids Classic, a race in which special needs children compete in two-person cars driven by veteran Soap Box Derby racers, is also part of the festivities.

The idea of the Soap Box Derby grew out of a photographic assignment of Dayton, Ohio, newsman Myron Scott.  He came across a group of boys racing their homemade cars in the summer of 1933, and was so impressed with the event that he acquired a copyright and began efforts to establish a national program. The first official All-American Soap Box Derby was run in Dayton in 1934.  The event moved to Akron the following year, where it has been held annually except for a four-year hiatus during World War II.  Derby Downs, located in the southeast section of Akron adjacent to the Rubber Bowl and Akron Fulton Airport, was built in 1936.

*By clicking this link, you are leaving the FirstEnergy website and entering a website maintained by an outside party.  That party is entirely responsible for the content of their websites.