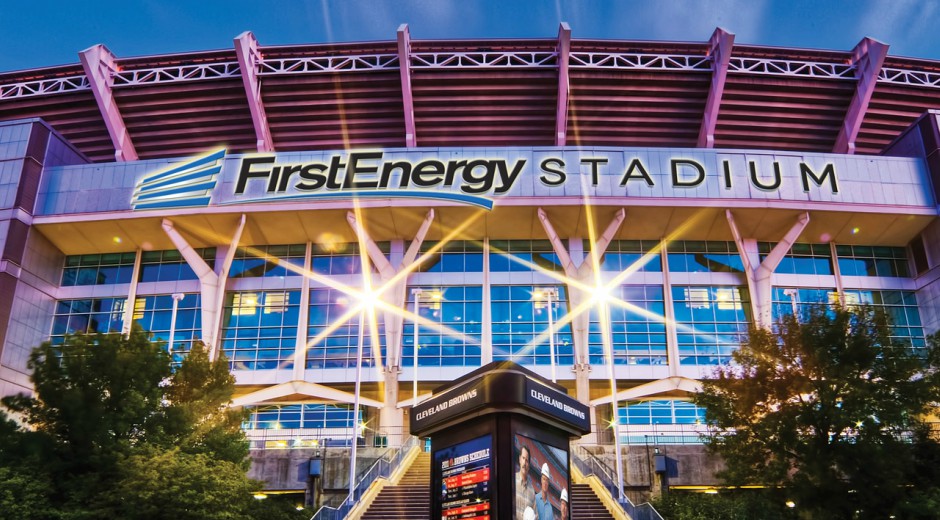 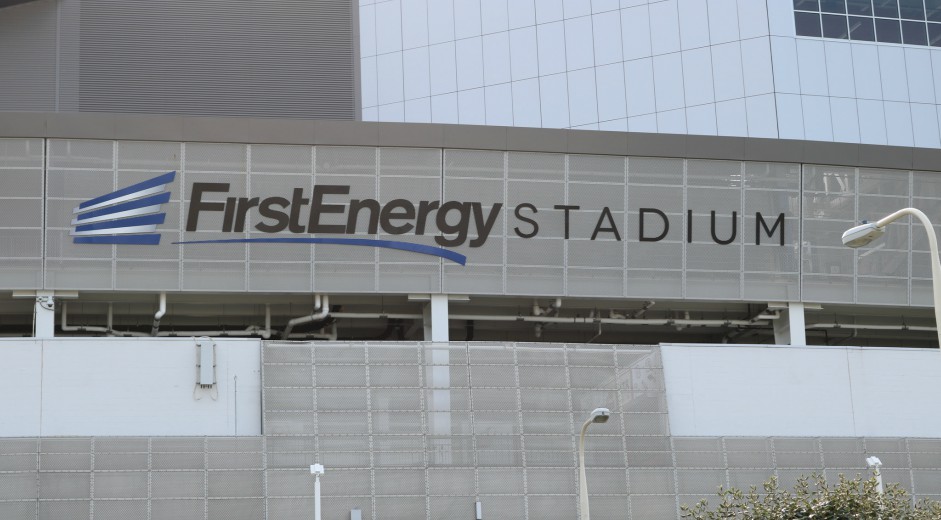 The Home of the Cleveland Browns is FirstEnergy Stadium

FirstEnergy Corp. is proud to be the naming rights sponsor of the Cleveland Browns.

The team’s venue was renamed FirstEnergy Stadium in 2013, as part of a long-term partnership between FirstEnergy and the Cleveland Browns.

As part of the naming rights agreement, FirstEnergy became the official energy partner of the Cleveland Browns. In addition, the partnership consists of interior and exterior stadium signage, use of Browns trademarks, event sponsorships, as well as a full complement of media assets, including TV, radio, print and digital. As active members of the Northeast Ohio community, both entities also jointly participate in philanthropic endeavors throughout the region.

"This is a great day for all of us and it builds on the momentum we have experienced as we enter into a new era of Cleveland Browns Football," Browns Owner Jimmy Haslam said, when the announcement was made in 2013.

"The Browns and FirstEnergy have enjoyed a tremendous relationship for more than a decade," he added. "Our core values of being the best at everything we do are clearly aligned, and because of their commitment to the City of Cleveland and to all of Northeast Ohio, we felt this would be the perfect partnership. Plus, it’s a great name for the stadium – FirstEnergy."

"FirstEnergy and its predecessor utilities have been serving the energy needs of customers throughout northern Ohio for more than a century, while the Browns' rich legacy in the same regional footprint dates back to 1946," Alexander said. "We look forward to being part of the new energy in FirstEnergy Stadium."

FirstEnergy has been a corporate partner of the Browns since 1999. The partnership has included many elements, highlighted by its presence as a gate partner at the stadium from 2002 through 2006 and a scoreboard sponsor from 1999 through 2014.

Terms of the naming rights agreement were not disclosed.

The Browns home field was known as Cleveland Browns Stadium from the time it was completed in 1999, through the 2012 season.

FirstEnergy Stadium adds excitement and beauty to Cleveland’s revitalized downtown and, through a two-year modernization project before the 2014 and 2015 seasons, the venue was transformed into one of the best fan experiences in sports.

The renovations helped improve the structure, technology and aesthetics of FirstEnergy Stadium. Among the many changes that electrified fans at the start of the 2014 season were two new video boards in each end zone that are nearly triple the size of the previous screens. Other technical enhancements include LED video boards throughout the stadium and an entirely new audio system. The renovations also created greater seating capacity in the lower bowl, moving fans closer to the field, with dramatically better views of the game. This has created a more intimate environment, while enhancing the team's home-field advantage.

Before the 2015 season, the Browns improved concession areas and provided fans with more unique offerings with a local twist. Club seating and suites were upgraded, while new and dramatic graphics honor Browns history and players.

FirstEnergy stadium is located on the shores of Lake Erie, on the same footprint as Cleveland Municipal Stadium, which was home to the Browns from 1946 through 1995. In addition to FirstEnergy Stadium, Cleveland’s “North Coast Harbor” area features some of downtown’s most notable attractions, including the Rock and Roll Hall of Fame & Museum and the Great Lakes Science Center.

FirstEnergy has long been a proud supporter of civic, arts and sports organizations in areas where it has operations. Other sports sponsorships include:

Other sports venues naming rights include: