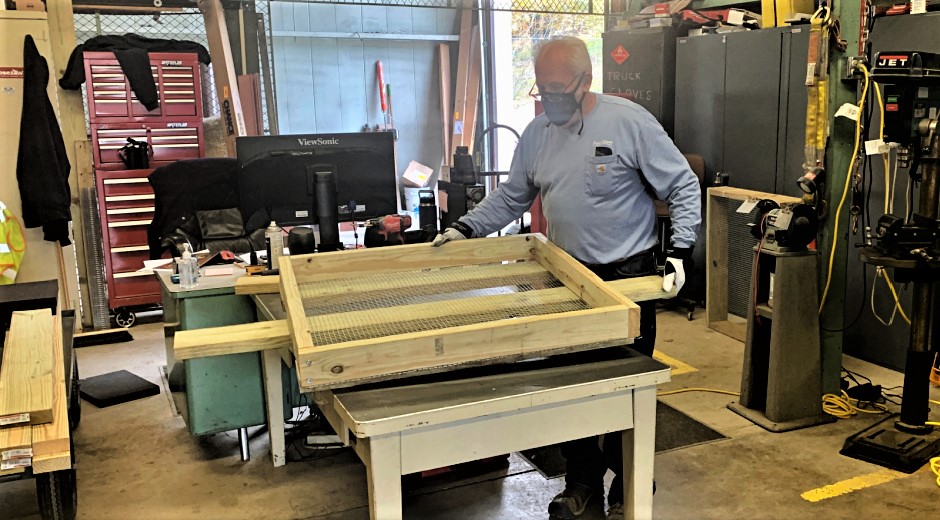 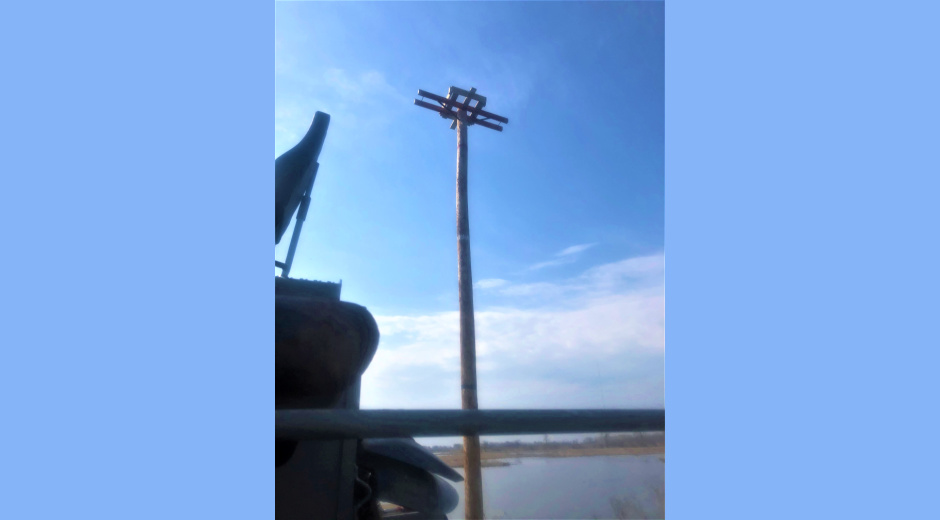 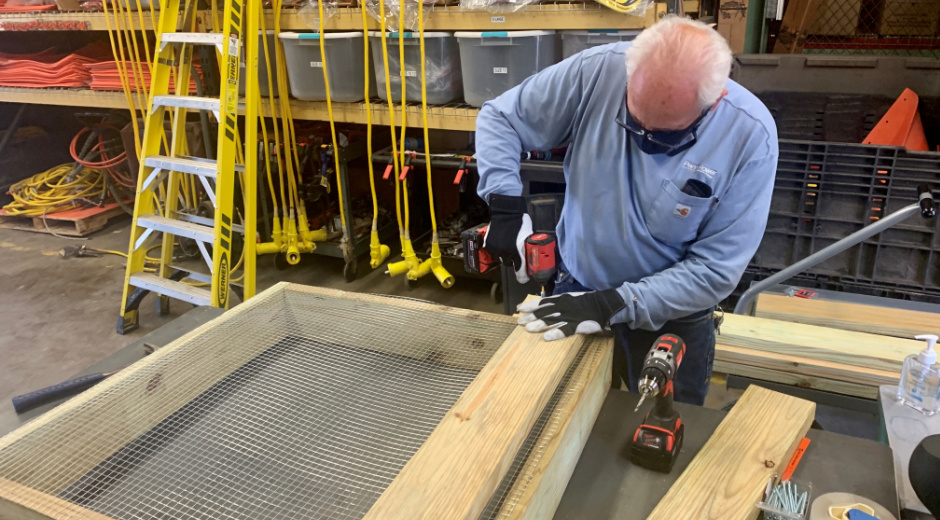 TOLEDO, Ohio, April 13, 2021 -- As part of its ongoing efforts to protect nesting birds, Toledo Edison, a subsidiary of FirstEnergy Corp. (NYSE: FE), has partnered with the U.S. Fish and Wildlife Service to donate and install a 55-foot wooden pole with a nesting platform atop at the Cedar Point National Wildlife Refuge, which is part of the Ottawa National Wildlife Refuge Complex. This proactive work will provide a safe nesting location for the growing osprey population and promote osprey conservation efforts in the area.

"With the significant spike in the osprey population over recent years, we have been fortunate to experience minimal nesting activity on our utility poles and equipment in the Toledo area," said Amy Ruszala, an environmental scientist and avian expert at FirstEnergy. "Partnering with the Ottawa Refuge allows us to proactively complete work to further discourage birds from nesting on or near our electrical equipment, so that it doesn't become an issue in our area."

The Ottawa National Wildlife Refuge Complex is located in northwest Ohio on the shore of Lake Erie. The refuge was established in 1961 to provide habitat for waterfowl and other migratory birds, resident wildlife and endangered and threatened species. Because ospreys prefer to nest near large bodies of water, the 5-square-foot wooden nesting platform was installed on top of a new wooden pole along the lakeshore. Toledo Edison donated the materials and labor needed to complete the three-hour installation.

Birds of prey, like ospreys, often seek out tall structures including electric transmission towers and poles to build their nests, which can measure up to three feet in width. These nesting habits often place the birds near energized electrical equipment – jeopardizing their well-being and potentially causing power outages. The newly installed platform will help discourage the birds from nesting on poles with energized equipment.

The work builds upon the company's efforts in recent years to protect nesting birds. Toledo Edison has worked closely with FirstEnergy's environmentalists and state wildlife officials to install nesting deterrents on utility poles and electrical equipment in the region. Large, bright line markers also have been installed on power lines to provide visual warnings of energized equipment to birds and low-flying aircraft.

Additionally, FirstEnergy deployed an app last spring that allows utility personnel to report avian issues in real time, streamlining the process to protect nesting birds and enhance electric service reliability. The app arms field workers with the ability to submit photos and answer key questions using a drop-down menu to report the locations of bird nests or other bird-related issues along the company's power lines, all from their mobile devices.

Editor's Note:  Photos of FirstEnergy utility personnel building and installing the nesting platforms are available for download on Flickr.