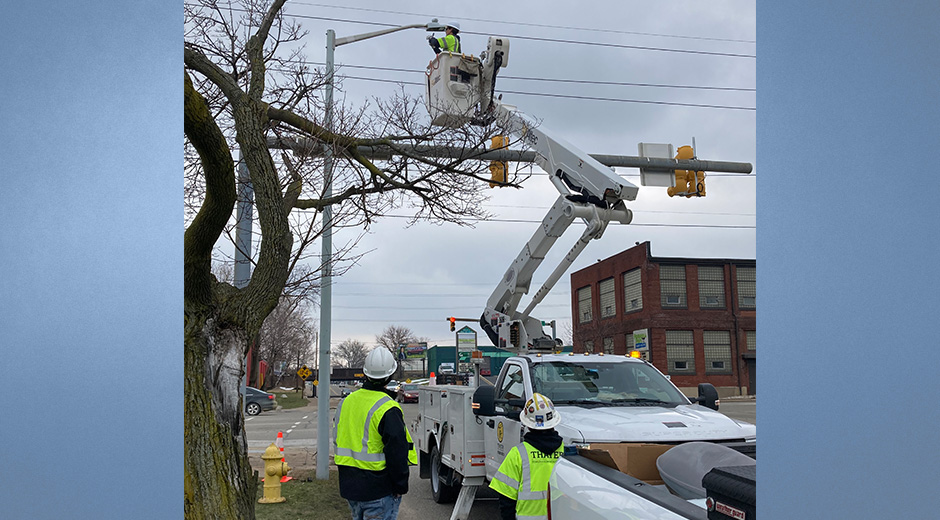 ERIE, Pa. – Penelec, a subsidiary of FirstEnergy Corp. (NYSE: FE), has completed the conversion of more than 2,300 high-pressure sodium streetlights to smart LED streetlights in downtown Erie and along the Bayfront. The new energy-efficient streetlights will yield energy savings and provide the foundation for technology to enhance public safety.

The brains of the smart streetlights are photocells equipped with a Wi-Fi card that allows them to “talk” to each other and convey real-time data to a control center through a wireless communications network. Standard photocells know only enough to switch streetlights on or off by sensing darkness or daylight.

Penelec can monitor the smart streetlights through its network to determine if a light is burned out, remains illuminated during daylight hours or is not operating at its proper voltage. For regular streetlights, Penelec relies on residents and employees to report burned-out lamps or other problems.

Network controls also allow specific streetlights to be brightened outside bars and theaters to keep patrons safe late at night or dimmed for special events such as fireworks. City employees will have access to the controls and receive training on how to operate the lights.

“The newly installed streetlights immediately provide savings and brighter streets that help promote public safety in eight opportunity zones throughout the city,” said Scott Wyman, president of FirstEnergy’s Pennsylvania operations. “Going forward, these interconnected smart streetlights have the potential to do much more. They can be upgraded with security cameras and sensors to detect gunshots, help motorists find parking spots and manage waste collection. We are proud to partner with Erie to pioneer this technology.”

The smart LED streetlight conversion initiative is one component of Erie’s Smart City Project, which is intended to transform the city and drive economic growth by attracting companies to locate tech jobs that pay family-sustaining wages in the city’s eight opportunity zones.

A Penelec contractor began converting streetlights last November, completing the job in June. The old high-pressure sodium lamps were swapped out for smart LED fixtures at the top of existing light poles.