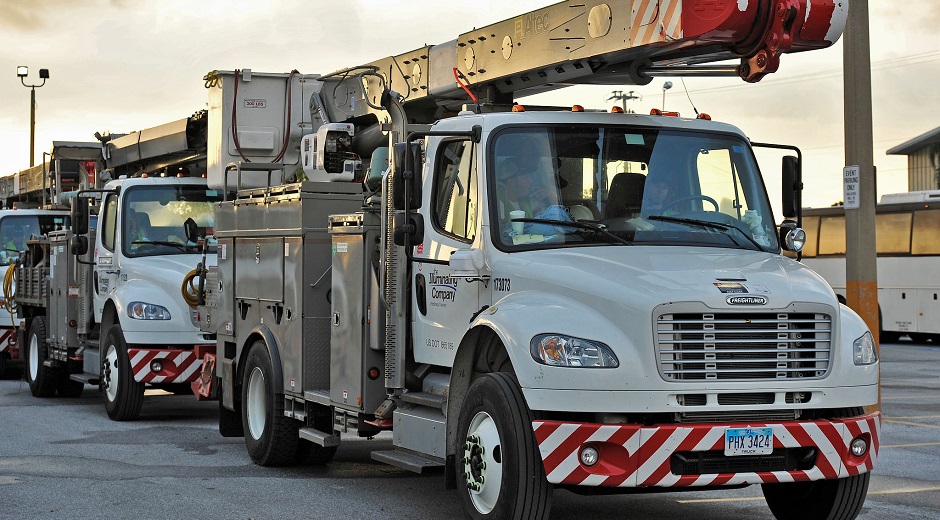 Current forecasts call for Hurricane Laura to make landfall in Texas and Louisiana this evening. The category 4 hurricane is expected to bring extreme winds, storm surge and flash flooding along the northwest Gulf Coast. Personnel will be deployed to the most damaged areas when it's safe to do so after the storm moves through.

Eight of FirstEnergy's utilities are part of the mutual assistance effort, which includes crews from The Illuminating Company and Toledo Edison in Ohio; Penelec, West Penn Power and Met-Ed in Pennsylvania; Mon Power in West Virginia; Potomac Edison in West Virginia and Maryland; and Jersey Central Power & Light (JCP&L) in New Jersey. Support personnel from FirstEnergy's corporate offices also are included in the company's contingent.

"FirstEnergy employees are committed to assisting what is likely to be a massive power restoration effort in Texas," said John Skory, vice president of utility operations for FirstEnergy. "While it's not expected that Hurricane Laura will impact any FirstEnergy service territories, we have carefully assessed conditions and are confident we have the personnel in place to maintain reliable operations for our customers."

FirstEnergy is a member of multiple electric utility mutual-assistance groups that work cooperatively to restore service to customers when a natural disaster causes large-scale power outages. Mutual assistance allows utilities to pool their resources to help restore power to customers faster. Earlier this month, more than 8,000 utility personnel from 17 states, including crews from Entergy, helped restore power to approximately 788,000 JCP&L customers following Tropical Storm Isaias. In the past, FirstEnergy and its employees have been honored by the Edison Electric Institute (EEI) with its "Emergency Assistance Award" for the mutual assistance the company has provided during winter and summer storms.