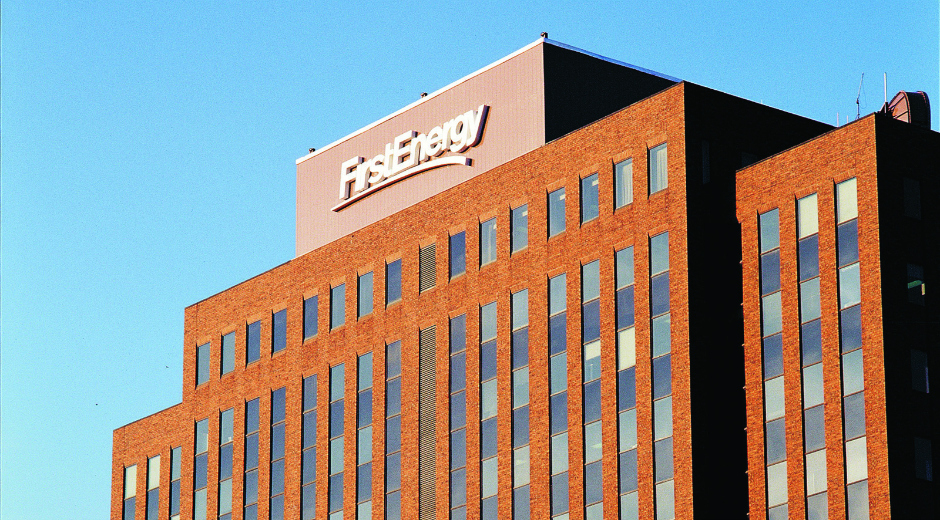 AKRON, Ohio, Oct. 30, 2019 -- FirstEnergy Corp. (NYSE: FE) announced that it has signed a 10-year lease extension for its 19-story downtown headquarters, reaffirming its commitment to the city it has called home for over 100 years.

The lease extension was reached with McKinley, Inc., owner of the FirstEnergy Building located at the corner of S. Main Street and Mill Street. The current contract was set to expire in June 2025. With the extension, FirstEnergy's headquarters will remain in downtown Akron through June 2035. The building currently houses about 950 full-time employees.

As part of the agreement, McKinley will make substantial capital contributions to FirstEnergy over the next five years for workspace modernization and updates. Additional terms of the agreement were not disclosed.

"The last couple of years have marked a major transformation at FirstEnergy that charts a course to long-term success for our company," said Charles E. Jones, FirstEnergy president and chief executive officer. "But what has not changed is our commitment to remaining a major presence in downtown Akron for the foreseeable future. We're also pleased that the lease extension will allow us to make enhancements to the building that will foster a more vibrant workplace for our employees."

"The FirstEnergy Building is one of the city's premier downtown office locations and it also serves as a key anchor for our commercial real estate portfolio in Ohio," said Albert M. Berriz, managing member, CEO and co-owner of McKinley. "With the lease extension, FirstEnergy's continued occupancy will ensure the building remains a vital part of Akron's landscape for years to come."

The building was constructed in 1976 with Ohio Edison as the main tenant. After the 1997 merger of Ohio Edison and Centerior Energy that formed FirstEnergy Corp., the company headquarters remained in the same building in Akron. Several other FirstEnergy predecessor companies have been located in downtown Akron, most notably Northern Ohio Traction & Light, which was incorporated in 1902.

In addition to the downtown headquarters, FirstEnergy facilities in the Akron area include the West Akron Campus and other FirstEnergy and Ohio Edison facilities that support more than 2,000 employees.

Founded in 1968 and headquartered in Ann Arbor, Mich., McKinley is a leading owner and operator of multifamily and commercial real estate. McKinley owns and manages more than 55 million square feet of commercial and residential real estate throughout 34 states. McKinley specializes in solving complex real estate problems for its own portfolio, as well as for a select clientele of institutional investors and partners.