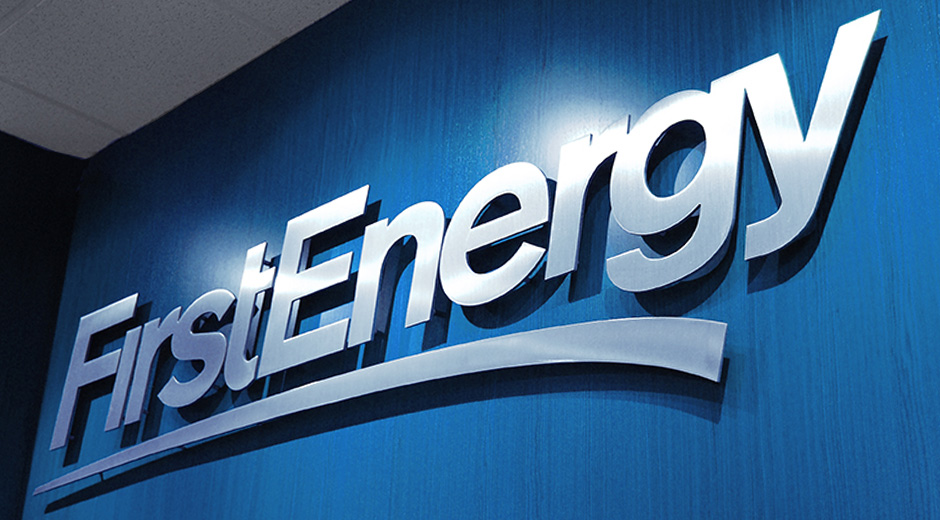 Akron, Ohio – The Independent Review Committee of the Board of Directors of FirstEnergy Corp. (NYSE: FE) today announced a leadership transition, including the termination of the Company’s Chief Executive Officer, Charles E. Jones, effective immediately. FirstEnergy today also announced the termination of two other executives: its Senior Vice President of Product Development, Marketing, and Branding; and its Senior Vice President of External Affairs, effective immediately.

During the course of the Company’s previously disclosed internal review related to the government investigations, the Independent Review Committee of the Board determined that these executives violated certain FirstEnergy policies and its code of conduct.

Concurrently, Steven E. Strah, President of FirstEnergy, has been appointed Acting Chief Executive Officer, effective immediately. As part of this transition, Christopher D. Pappas, a current member of the Company’s Board, has been named Executive Director. In this role, he remains an independent member of the Board and is not a part of the management team. He reports to Donald T. Misheff, who continues as Non-Executive Chairman of the Board.

Donald T. Misheff, Non-Executive Chairman, said, “We as a Board have strong confidence that this leadership transition and Steve’s appointment as Acting CEO will position FirstEnergy to move forward with positive momentum and drive long-term shareholder value creation. I look forward to working with Chris in his role as Executive Director to oversee the management team’s execution of FirstEnergy’s strategic initiatives, engage with the Company’s external stakeholders, and support the development of enhanced controls and governance policies and procedures.” Christopher D. Pappas, Executive Director, said, “Steve’s deep knowledge of FirstEnergy’s business and significant operational experience, having served in various leadership roles at the Company, make him uniquely positioned to execute on our strategic priorities and lead FirstEnergy through this transition. I look forward to working with Steve as we build on the Company’s strong performance and continue to execute FirstEnergy’s long-term, customer-focused growth strategy to enhance value for shareholders.”

“I’m excited for the opportunity to lead FirstEnergy and I am deeply committed to the future of this company,” said Steven E. Strah, CEO of FirstEnergy. “I have seen firsthand the strong management team and deep bench of highly capable leaders across our organization, and I am confident in our ability to continue delivering value to our stakeholders as we remain intently focused on our business priorities through this transition and beyond. Together, we will advance our mission for the benefit of customers, communities, and our employees.”

Strah is a highly-respected energy executive, with 36 years of industry experience and a deep understanding of the FirstEnergy business. He was appointed President in May 2020 as part of the Company’s ordinary-course succession planning process. In this role, he oversaw FirstEnergy Utilities; Corporate Services and Information Technology; Finance; Product Development, Marketing and Branding; External Affairs; Rates and Regulatory Affairs; and Strategy. He began his career with The Illuminating Company in 1984 and served in a variety of utility leadership roles including regional president of Ohio Edison; vice president, Distribution Support; and senior vice president, FirstEnergy Utilities. He was elected senior vice president and chief financial officer in 2018.

Pappas is the retired President and Chief Executive Officer of Trinseo S.A., a producer of plastics, latex and rubber. He served in this role from 2010 to 2019, and transitioned to the role of special advisor at Trinseo S.A., effective 2019. Pappas retired from Trinseo S.A. in May of 2019 and remained on the Trinseo S.A. board until his retirement in October 2020. Prior to Trinseo, he served in various leadership capacities at NOVA Chemicals Corporation, Dow Chemical, and DuPont Dow Elastomers. His extensive executive and board experience has equipped him with leadership skills and the knowledge of board processes and functions. Additionally, Pappas’ general corporate decision-making and senior executive experience provides a useful background for understanding the operations of FirstEnergy. Pappas served as a director for Allegheny Energy, Inc., from 2008 through FirstEnergy's acquisition of Allegheny Energy in February 2011. He has been a director of FirstEnergy since September 2011 and also serves as a director and independent chairman of Univar Inc., a chemical distributor and provider.

FirstEnergy will release financial results for the third quarter and first nine months of 2020 as planned before markets open on Monday, November 2. The conference call with financial analysts to discuss these results has been moved, and will take place at 9 a.m. EST that day.

Investors, customers and other interested parties are invited to listen to a live webcast of the call and view presentation slides via FirstEnergy's Investor Information website, www.firstenergycorp.com/ir. The webcast and presentation will be available for replay on the site for up to one year.

The company plans to post its third quarter presentation and supporting materials to the investor section of the website before markets open on November 2.