Lining Up for Takeoff 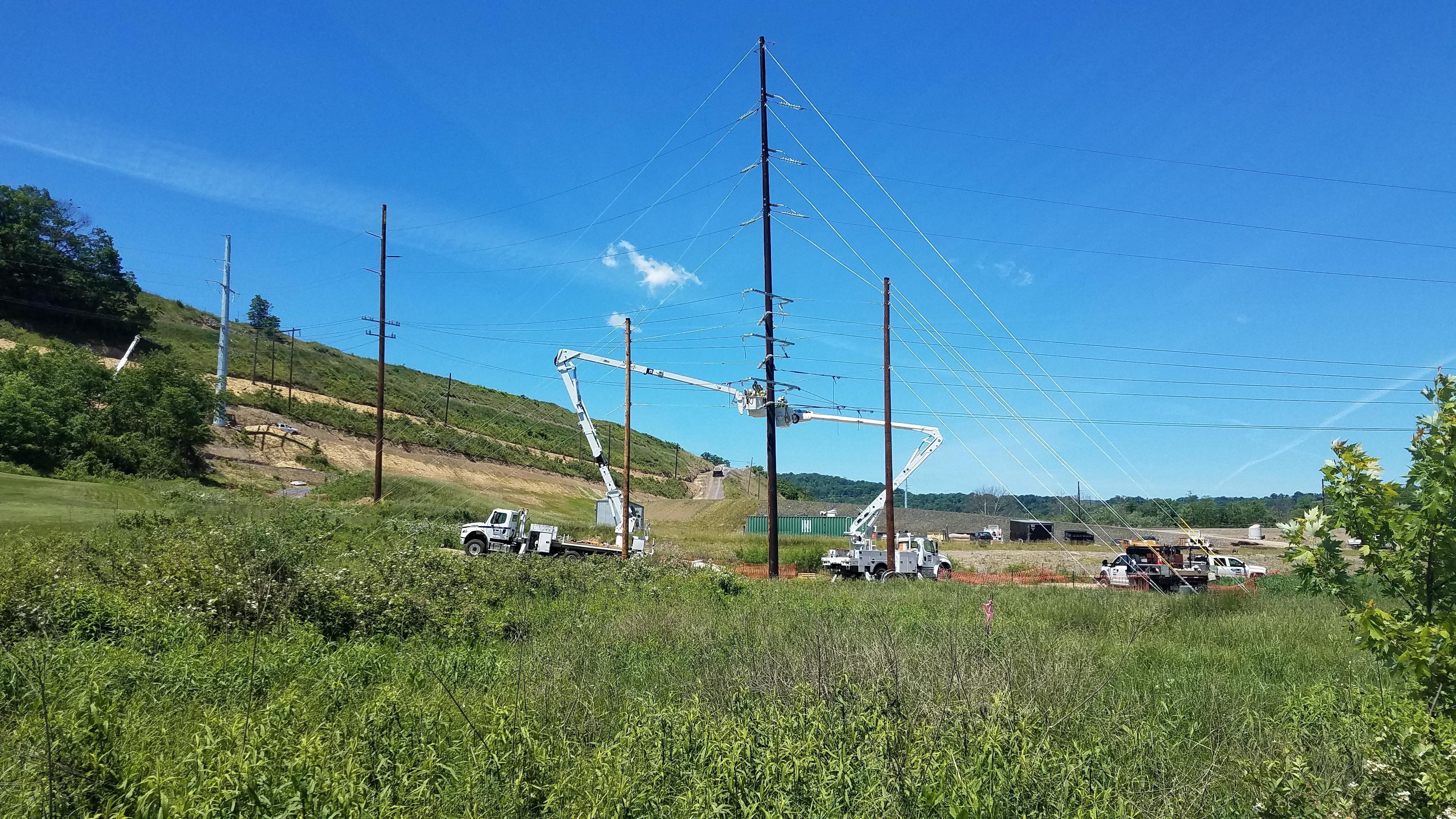 After four years, the Greater Cumberland Regional Airport is halfway through a more than $30 million, multi-year construction project that will include needed runway upgrades and the potential development of a new business park at the property. To set the table for the next phase of renovations, the airport partnered with Potomac Edison over the past year to perform some extensive power line work, now nearly complete.

Last summer, Potomac Edison completed a $4 million relocation and reconstruction of half a mile of transmission and sub-transmission lines that will allow the airport to add a 500-foot safety overrun area at its main runway, which will ultimately be rehabilitated and total more than 5,000 feet in length. Today, the utility is finishing up work on the west side of the airport, where it is burying two overhead power lines at the site of the future business park.

Listed as a Maryland airport by the Federal Aviation Administration, the Greater Cumberland Regional Airport is located across the state line in Wiley Ford, West Virginia. The facility serves smaller personal aircraft and corporate aircraft, seeing between 15,000 and 20,000 flights annually. Ryan Shaffer, general manager of the airport, says that while the COVID-19 pandemic initially depressed air travel, corporate aviation and charter flights bounced back quickly at Cumberland.

“It kind of went through the roof,” he says. “People still needed and wanted to travel. They were reluctant to fly with a bunch of people due to COVID-19, so they would charter their own aircraft.”

According to aviation consultancy WingX, with 998,505 flights through the end of April, business aviation activity in the U.S. has increased by 32% compared to the same four-month period in 2020. The charter market is particularly strong, according to the firm, with a 37% increase in activity by branded charter operators compared to last year.

The improvements at Cumberland will help position the airport for continued growth, Shaffer says.

To lengthen the airport’s safety overrun area, Potomac Edison crews relocated a transmission line that crosses over the North Branch Potomac River from Maryland into West Virginia, rebuilding it around the runway expansion area. With limited right of way along the river, the team rebuilt two subtransmission lines along the same route, beneath the larger transmission line.

Separately, Potomac Edison has taken two overhead power lines that stretched across the planned business park parcel and converted them into underground lines that will continue to supply power to the airport’s hangars, fuel farms and other buildings. With the lines buried, Shaffer expects to have seven to 10 acres of land for a business park that could be leased to office tenants or aviation-related companies.

Flat, developable land can be hard to come by in the mountainous area surrounding Cumberland, making the airport parcel an asset, says Matt Miller, executive director of the Cumberland Economic Development Corporation.

“That will be very useable and marketable land for us as a region,” he says. “It’s a great project.”

Shaffer hopes that the airport can continue to attract new aviation activity and demonstrate to business owners and decision makers that their companies don’t necessarily need to be located near a large, commercial airport.