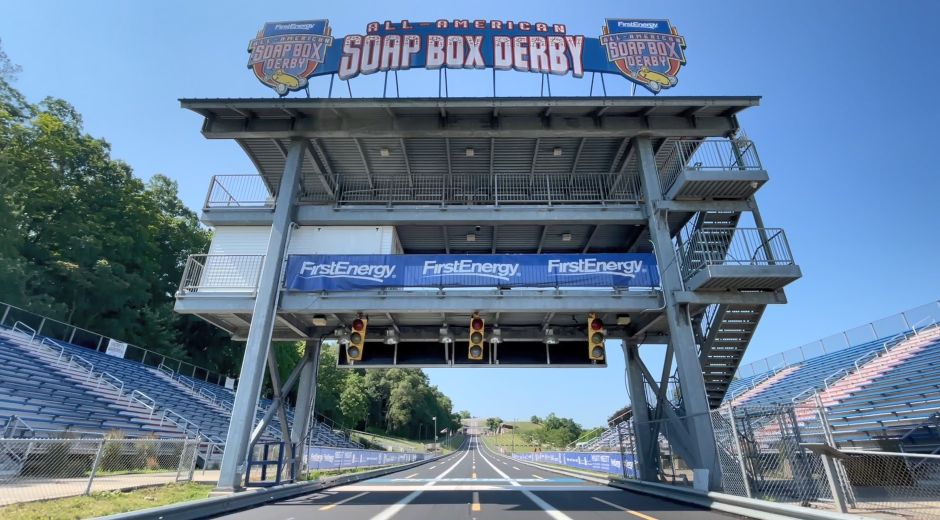 The FirstEnergy All-American Soap Box Derby is set to return to Akron’s Derby Downs this year after being knocked off course by the COVID-19 pandemic in 2020. Following the recent lifting of COVID-19 state guidelines and restrictions, Derby Downs organizers have been working tirelessly to prepare for racing activities which will run from Tuesday, July 20, to Saturday (Race Day), July 24.

In celebration of its return, the theme for the 83rd running of the annual world championship is “Back on Track”.

“When the state guidelines were lifted, we were ‘all systems go’ to prepare,” said Mark Gerberich, president and chief executive officer of the International Soap Box Derby. “We’re excited about the opportunity to safely welcome back and recognize the champions for the FirstEnergy All-American Soap Box Derby.”

Since 2012, FirstEnergy has supported the Akron-based institution as a title sponsor of The Soap Box Derby. The organization is known to support the local community by providing young people the opportunity to learn important design, engineering, and other STEM lessons, through various programs while also learning teamwork and good sportsmanship.

“FirstEnergy is proud to be part of such a tradition that brings people from all over the world to Akron and we are thrilled to see the signature event make its return,” said Ollie Pannell, FirstEnergy director of FERC & state regulatory compliance and board member of the Soap Box Derby. “The Soap Box Derby has been foundational to teaching young students important skills that will help them enter the workforce in the future.”

The participating champions are comprised of nearly 300 boys and girls from all over North America who have earned their spot in the championship finals by winning Soap Box Derby races in their hometowns or by earning points in rally competitions around the U.S. and Canada since last fall.

The young racers, aged 7 to 20, will speed down the 989-foot Derby Downs track while going more than 30 mph with their homemade gravity-powered derby cars.

During race week, test runs, preliminary races and other special activities will lead up to Race Day, where racers will compete for awards, titles and college scholarships by racing in separate divisions based on their age and derby car construction skills.

“Teaching kids to build cars and the dynamics involved in racing is an invaluable part of their education and the more we can support that, the better,” Pannell said. “With FirstEnergy and the Soap Box Derby being pillars of the Akron community, the championship is a very good opportunity to engage with and support the communities we serve.”

Last year’s hiatus marked only the second time since the world championship was established in 1934 that the annual championship was cancelled – the first occurred during World War II. This year will mark the 50th year anniversary of the first year that girls could race in the All-American Soap Box Derby.

As part of the Derby’s efforts to make sure this year’s world championship is ready to roll, the Derby Downs grounds are being meticulously beautified, and volunteers are graciously preparing to welcome returning fans and champions.

Community members are encouraged to come down to the track and watch these racers in action. Tickets are $5 in advance or $8 at the door and can be found here.