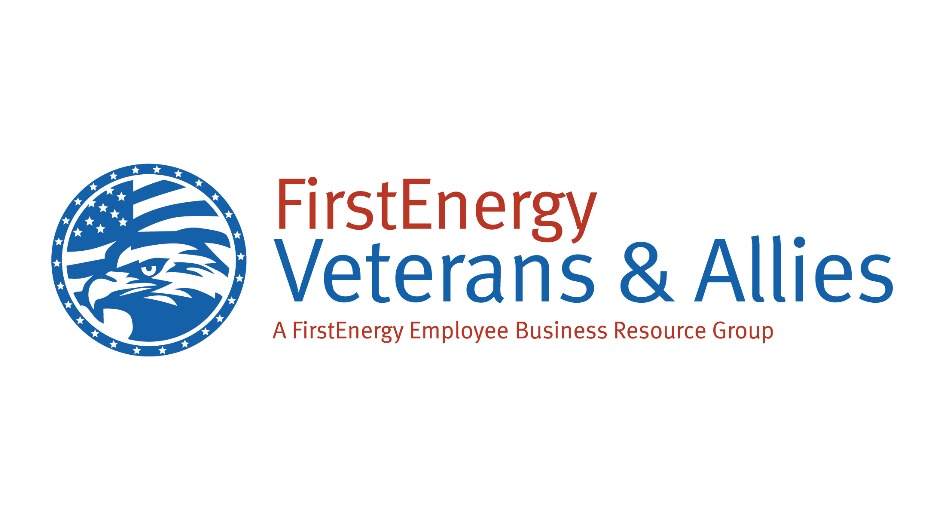 Veterans Day is a time of reflection for many, specifically for those who have served in the military.

Troy Rhoades, a 31-year veteran of the Air Force Reserves and Regional External Affairs Consultant at FirstEnergy, explained that a situation in Florida exemplified the true meaning of Veterans Day.

“There was a recent news story about a veteran down in Florida who passed away, and his obituary said no siblings, no children,” said Rhoades. “When that went out, over 1,800 people showed up for his service. That says it all right there. With veterans, sacrifice and togetherness is what it all comes down to.“ 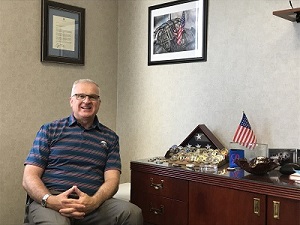 Rhoades is a co-chair and founding member of FirstEnergy’s Veterans and Allies Employee Business Resource Group (EBRG). EBRGs are organizations established around a common dimension of diversity that provide employees and their allies with company-related tools, such as networking and mentoring. Founded in 2016, Veterans and Allies is a resource for veterans entering the company and also helps to recruit and retain veteran employees.

“We saw there was an opportunity to support veterans – whether those veterans are transitioning out of the military completely or into the private industry,” Rhoades said.

One of the EBRG’s key points of emphasis is a mentorship program that helps veterans navigate the challenges of going from the military to working in the private sector. The transition is not always easy so having a mentor is helpful.

FirstEnergy’s Ohio chapter of Veterans and Allies is now over 200 members strong, with a second chapter starting in Pennsylvania. Discussions also have taken place about developing a chapter for the company’s employees in West Virginia.

Help at Home and Overseas

Tim Washington started with FirstEnergy in 2007 as a lead lineworker and agrees that FirstEnergy is taking important steps to assist veterans.

“Sometimes in a large corporation you can get disconnected, because you simply don’t know people,” says Washington. “We want to build relationships and that is where the Veterans and Allies EBRG fits in.”

Washington, who is co-chair of Veterans and Allies, is now a manager in Workforce Development for FirstEnergy. He is passionate about helping veterans through the organization he helped found.

“When it involves veterans, I want to make sure that others get the opportunity to experience what I’m experiencing here at FirstEnergy,” says Washington. “We want this to be a place where veterans and all employees can be as successful as they want to be, a place where teamwork exists, and a place where they feel valued.”

Veterans and Allies also seeks to help those currently on active duty serving overseas. One of the flagship assistance campaigns the EBRG oversees is the Holiday Care Package Collection which collects food items, toiletries and other goods soldiers can use while away from home.

“In some cases, you may have someone serving in the armed forces who doesn’t have the support mechanism they would hope to have when they’re deployed. I can tell you from first-hand experience it means the world to have packages to come in, but I think it sends a stronger message when packages are coming from people that are not necessarily your family. It’s just one small way to say ‘I appreciate what you’re doing for us,’” said Washington. 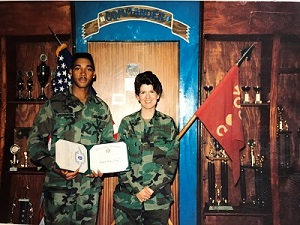 Washington knows what it means to be overseas and away from loved ones. He served in the Army from 1987 through 1996, and in the Air Force from 2005 until 2012. He was serving in Germany when the Berlin Wall fell and witnessed families from East Berlin entering West Berlin with everything they owned in a single car. After the events of 9/11, having already served in the Army, he decided to join the Air Force.

His thoughts mirror Rhoades’ when discussing what Veterans Day means to him.

“We should never forget the people who have served to afford us the freedom of living in this great country,” Washington explains. “Veterans Day to me is the importance of honoring those who have made the ultimate sacrifice of giving up their lives for our country. We should never lose sight of that.”